Cultivating Generosity in the Yoga Tradition

Cultivating Generosity in the Yoga Tradition

I always learn such a lot in India, good and bad! I want to understand the complex systems, rituals, markings, and ways of life that are so intriguing - the problem is that everybody you ask seems to give you a different answer. Try asking about a festival, a god, how to cook a dish, its never a straight-forward answer! 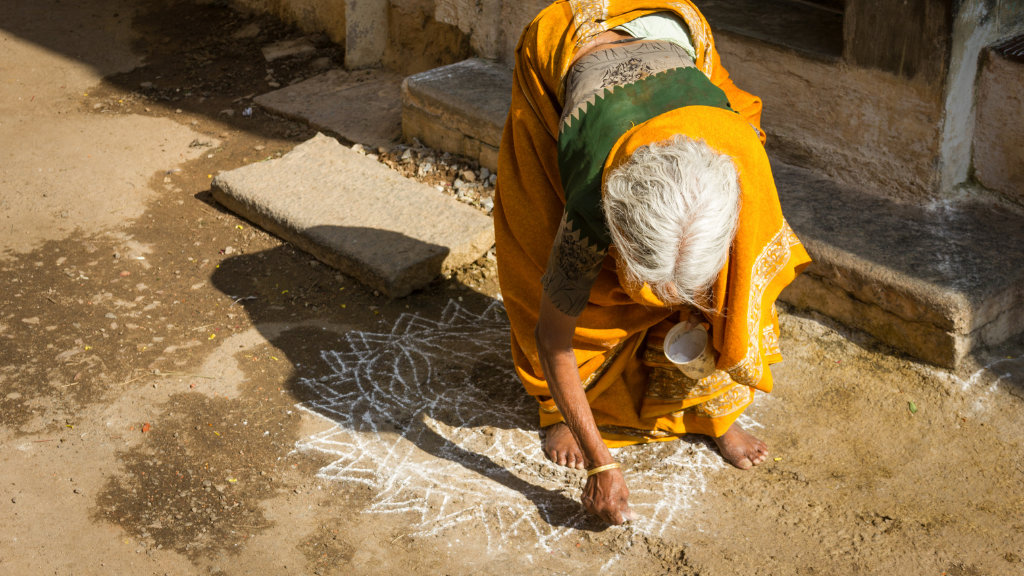 For example, I have asked many people about the beautiful painted designs that adorn entrances to houses in south India called 'kollams' or 'rangolis' - apart from the fact that they are aesthetically pleasing, why do people make them, what do they signify, why go to all that trouble when its gone after a few hours and they could've used their time to clean up the rubbish? You inevitably get a different answer every time. One person may say its an early morning meditation ritual, another may say that it is a reminder to passers by that all is transient, non-permanent. Some say it protects the house from anything bad happening, a sign of protection, even a sign to the hungry that they are welcome to come for food. I was told by one woman that its a competitive sport between neighbours - who makes the best, biggest, most intracate, colourful display. There's surely bad luck on the way to your family if you don't get up and draw one before morning!

But originally, kollams were made of ground rice powder to feed the ants. Rice was ground by hand for all kinds of recipes, especially approaching festivals, of which there are many. As an early morning practice when the energy is still settled, the matriarch pours fine lines of rice powder into the most beautiful symmetrical patterns on the ground outside the front door for insects, especially ants.

The tradition of feeding animals is shared by humans all around the world - we love to feed the ducks in the park, encourage wildlife to eat in our gardens for the pure joy of it. In India, many animals are revered as divine as a reminder that we are all creatures made of the same stuff, the same energy, animals are spirits just like us, reborn from one life to the next in any animal form, from ant to human. 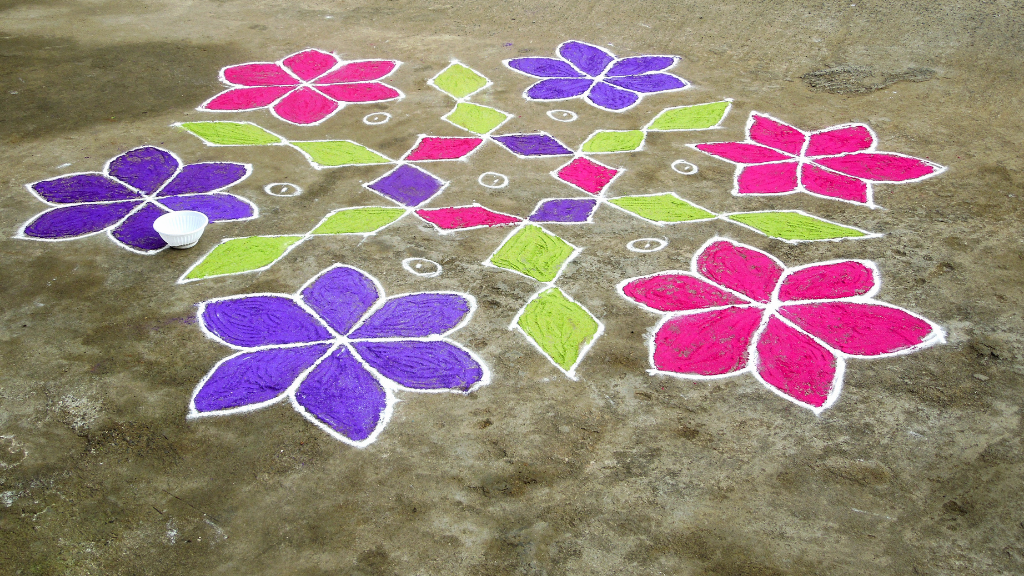 In the yoga tradition, the concept of Dāna means generosity or giving, it is the practice of cultivating generosity. Giving is a form of non-attachment, learning to let go, learning to offer unconditionally, without self-interest. It feels good to do something good for another human or animal without expecting anything in return, even its as simple as offering a smile. You don't need to be a yogi to know this, but if you are, after a while, when you have been practicing asana on your yoga mat, you may find that your priorities have changed and that you are practicing Dāna off your yoga mat automatically and you are asking yourself what you have to offer others rather than what you can take for yourself.