A postcard from India - part 2

A postcard from India - part 2 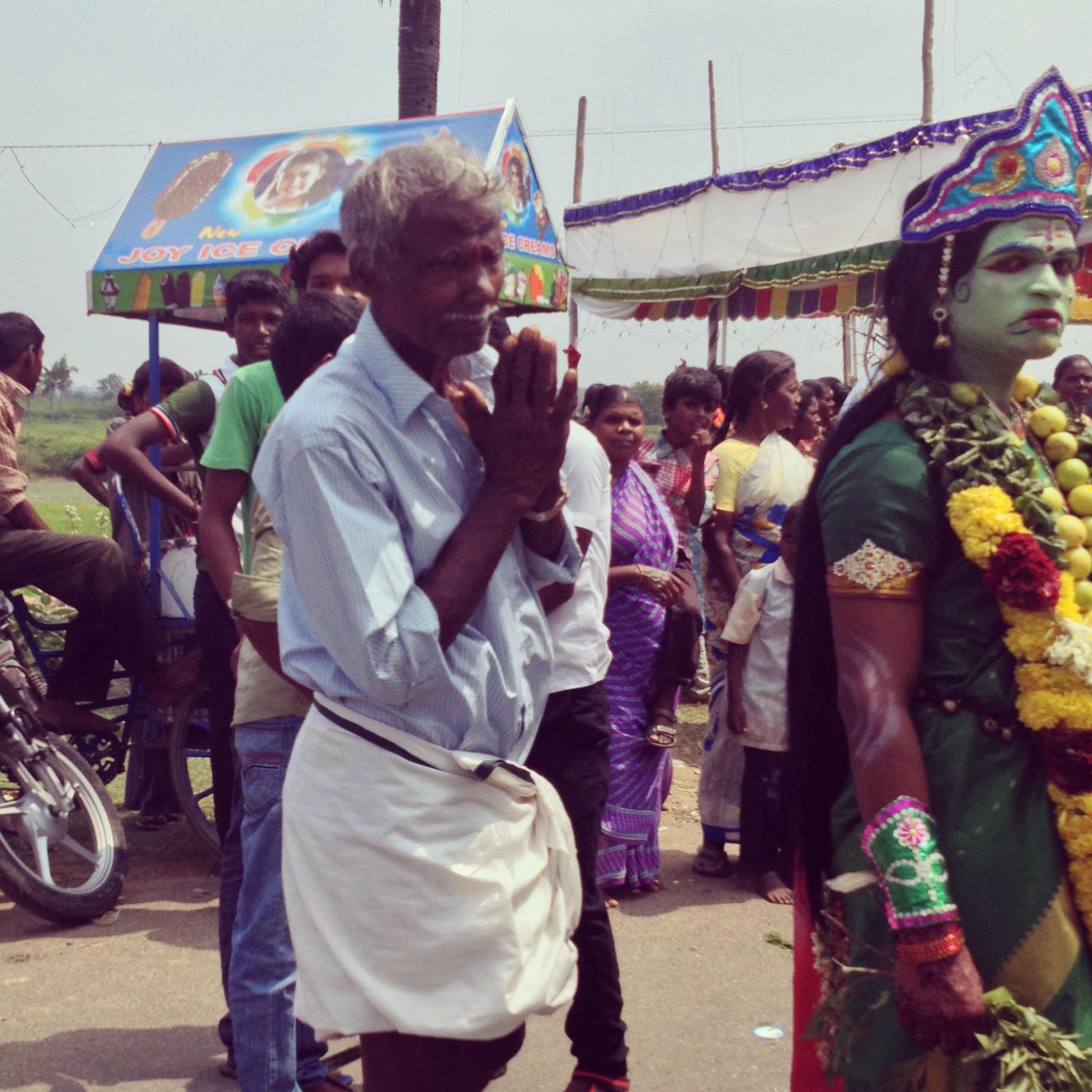 Young boys with limes stitched to their skin

The most thought-provoking weekend of this years' India trip took place in the deep countryside of Tamil Nadu where the ox and carts still work the fields alongside the shiny new red tractors, where grains are spread across the roads so passing vehicles will help to crush the husk from the kernel, and the way of life seems truly ancient; it's in the earth, water, fire, air, ether, time and space all around - an area where traditions have been kept alive for thousands of years, fiercely protected by the ancestors, elders and guardians of the villages. With temples on every corner, connection to spirit is an every day ritual, but this was a very special time in India - Maha Sivaratri. A festival when Shiva devotees keep an all night fasting vigil to Lord Shiva and thank him for prayers answered, to recognise his greatness, and be close to him all night.

Who can guess what prayer was answered for the boy pictured above with limes stitched to his skin - I was told it's often an offering after a person has been very ill. After many prayers pleading with Shiva to save this boy's life, and now fully recovered, he, or maybe his family, show Shiva, the destroyer, that he can do anything to show his utter devotion; that mere physical pain is nothing compared to the blessing Shiva has bestowed upon him by saving his life; in this case, he threads limes through his skin, but I have seen men hung up in trees by hooks through the skin on their back. Pretty extreme!

In case you were wondering, we did not stay up all night or attach any fruit or vegetables to our bodies. 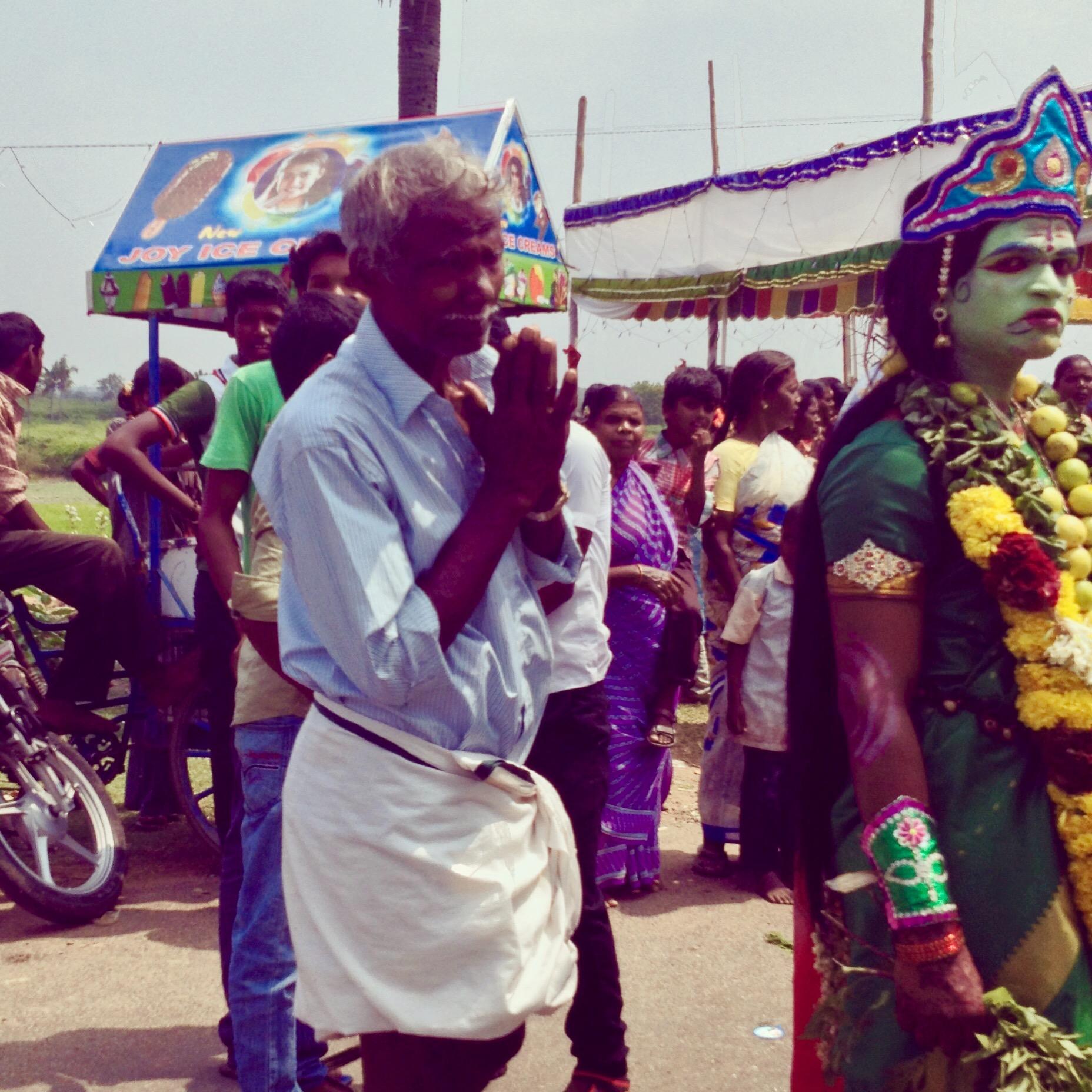 So as we drove through villages the next morning, we saw sights of men dressed up in full Shiva costume. They were returning from the local crematoriums covered in ash - a symbol of the only 'physical stuff' that remains once the body has been burned, but the eternal spirit remains in the ether. Another picture - strangely he wasn't in the mood to smile at the camera either!

In mythology, Sivaratri celebrates the marriage of Shiva and Shakti, a great story of snobbish parents who did not approve of a dreadlocked boyfriend wearing animal print.

In yoga philosophy, Shiva represents the male element, the eternal, the unchanging spark of the divine in each of us, pursusha. Shakti is the female counterpart, the mind and body with which we can understand this divine awareness, prakriti. The union of Shiva and Shakti is the primordial symbol of eternal communion with the divine, a merging of the opposites, beyond duality where everything is recognised as a divine whole...food for thought next time you ask yourself what is the true meaning of yoga... 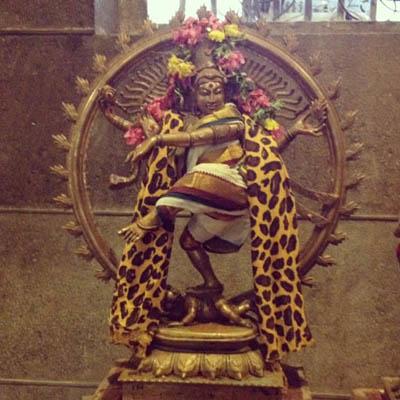 Nataraja - Shiva dancing with his dreadlocks flying in leapord print 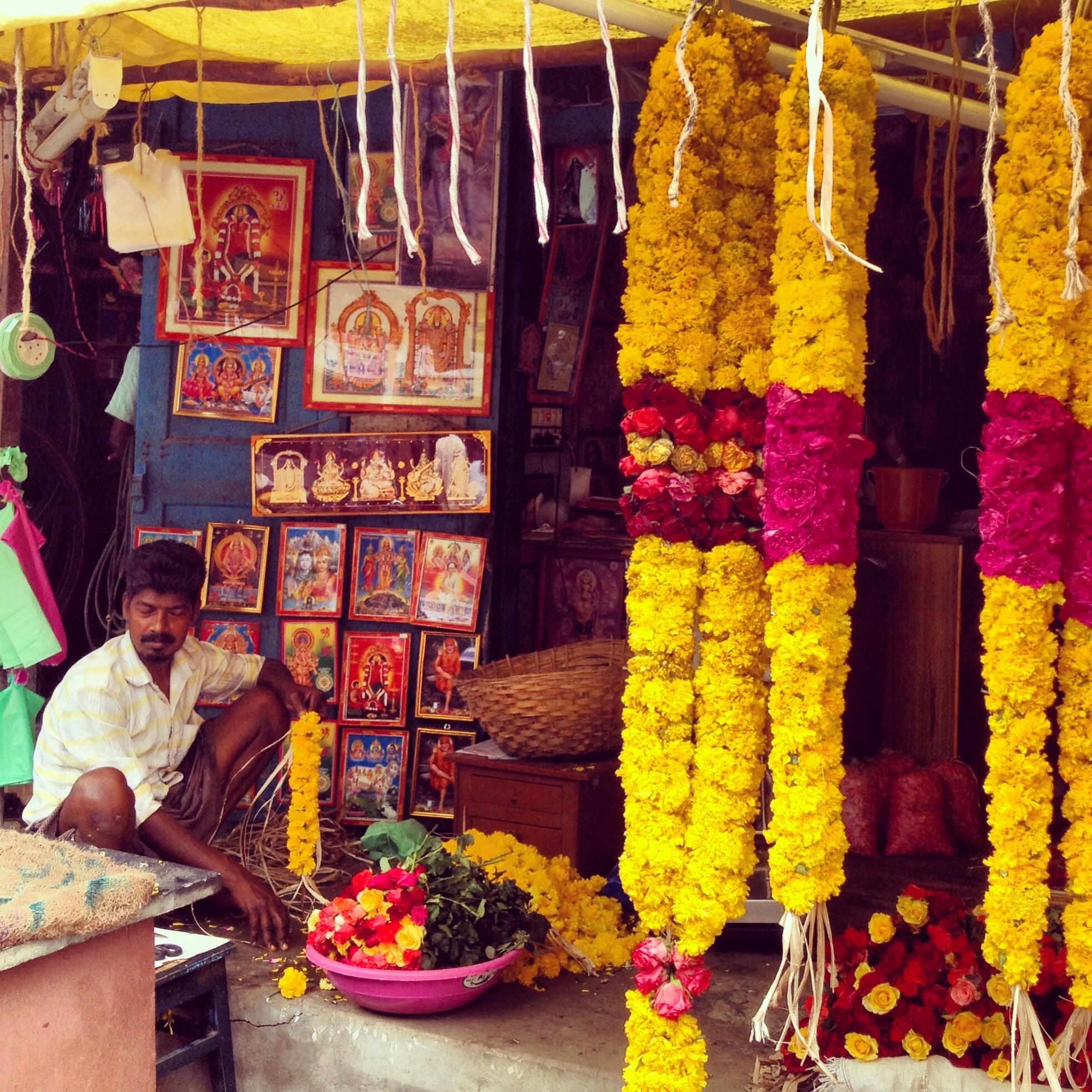 Sending the colour of marigolds and silk saris, and the smell of incense and jasmine.

Wish you were here? Maybe next winter you will be! Click to check next yoga holiday dates